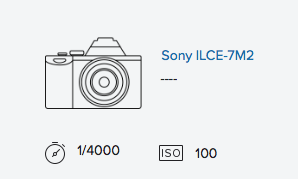 I like getting pictures of people running from this part of the city. The skyline background just does it for me somehow. On this day I posed a bit of challenge to myself. I wanted to get a shot of someone running, well, , , a woman running, because people like pictures of women running a lot better than pictures of dudes, sorry dudes haha. Anyhow, I also wanted there to be a bit of shallow depth of field in the photo. This was going to be more difficult then normal since I was shooting with a (circa 1973) Canon FD 50mm 1.4 manual focus lens. Shooting with the 50 meant I had to get pretty close to the person running by and getting them in focus with a shallow depth of field was the even bigger challenge.

As soon as I found the spot I wanted to shoot the photo from I saw this girl coming my way. I paid extra close attention to where on the path she was running and then did my best to pre-focus at the distance I estimated she would be from my camera when she got in front of me. When shooting such a photo I also pay attention to body position. I like to get people when they are in mid stride. With zero time to spare I had chose my focus distance, she ran into the frame and right when she made that stride I clicked the shutter! I admit, she wasn’t in perfect focus, but she was close enough ;).