This a friend of mine, Paul. We met up around midnight, downtown in Calgary. The time might seem odd and it is, but for this particular picture it had to be late at night. You see, Paul is standing in the middle of the street at busy (during the day) intersection. I wanted to shoot this photo in this location because the street behind Paul has all these lights on the trees and I thought it would make for a nice/interesting blurry background. The 2nd shot was actually the very first picture I took of Paul that night. I was just shooting it to test the light. To be honest that first test shot is probably my favourite shot of the night haha.

For this shot I used one flash shot into a bounce umbrella to slight camera left. The flashed I used was a Canon 550EZ. I used Yongnuo 622C ii triggers on my Fujifilm X-T1 to fire the flash. 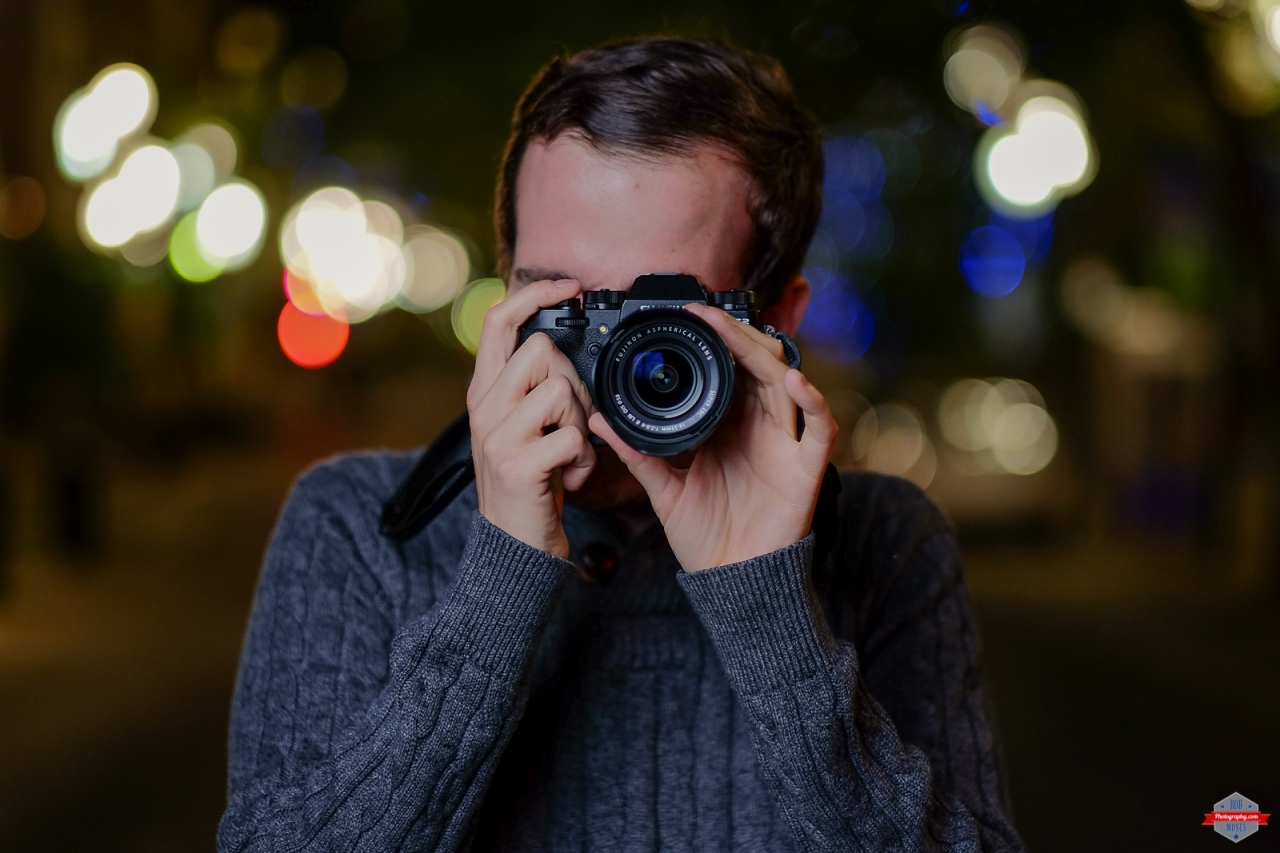