When I set up for this photo I had no intentions of having any people in the shot. I just wanted to get the sign and the building in the frame. I was all set up and waiting for a bunch of cars to go by so I could capture all the lights. These 3 girls walked up and where waiting for the light to change. I was making some adjustments and snapping a few pictures. The girl with the ice cream asked if I was snapping pictures of them, because they could pose. I laughed and said I was just interested in the sign. However, after l got home and looked at the test shots with the girls, I liked that one better than the one with the car lights. So as it turns out I guess I was taking their picture haha. 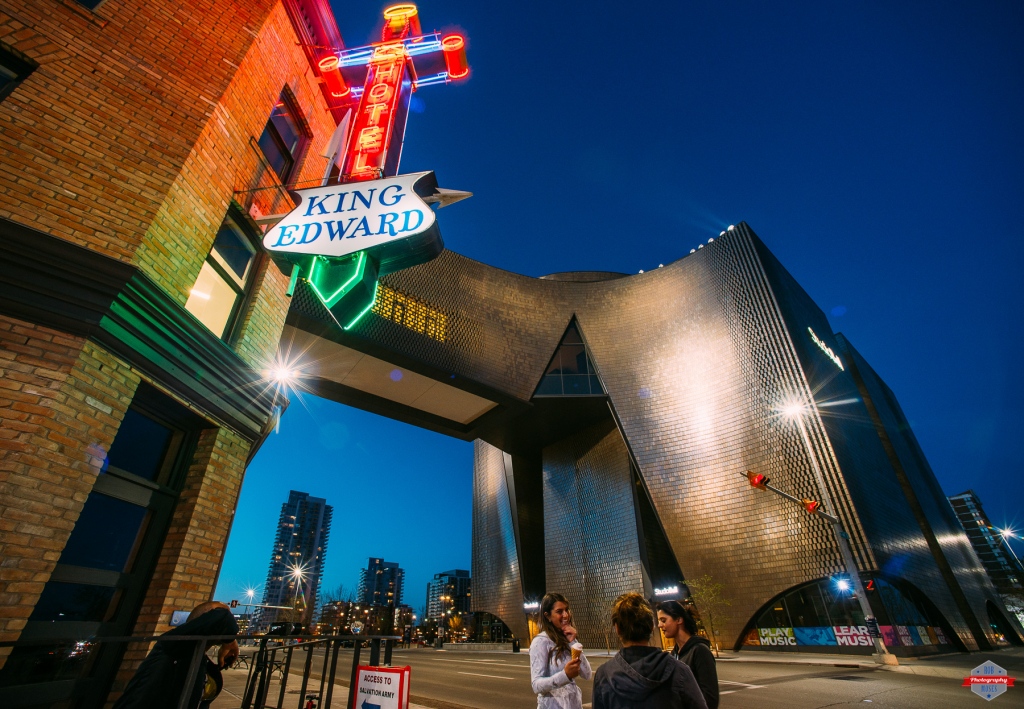 PS: That’s my buddy Allen in the bottom left of the photo haha. He was shooting his own photo. Actually I ended up shooting a photo in that exact same spot with that ball of his on the rail. I’ll post that picture next.